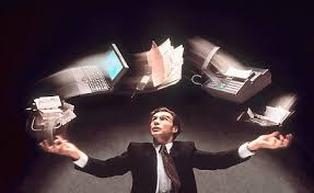 ​Useful to reduce anxiety and balance left and right hemispheres in the brain.

Refinement of the exercise has resulted in a precise set of instructions. The ball should weight about 100 grams. A tennis ball weights 50 grams so we made a tool which allowed us to inject different materials inside the ball creating different sounds. Most any object with a weight in the 100 gram range will work fine.

It's probably more important you have an affinity for the juggling object than its particular characteristics. Pick something you like, something with personal significance, something that feels nice, sounds good and won't be damaged if dropped.

1. Stand, feet apart at shoulder width or sit in a straight-back chair without arms.

2. Position arms and hands as if you are supporting a tray level in front of you, elbows at 90 degrees, with the ball resting in one hand.

3. Begin tossing a ball from one hand to the other with your eyes open and slowly look up toward the ceiling, finally closing eyes. Return head to normal position.

4. Toss the ball at a rate of about once a second (50 times/minute) for the duration of the exercise. If available, a metronome is useful for timing. The ball should be thrown about 4-6 inches above your hands.

5. Continue juggling for 10-20 minutes. If during this time you should drop the ball, retrieve it and resume juggling. Occasional dropping appears to be part of the process. Allow your mind to go in whatever direction it wishes.

6. As your juggling ability develops, increase the level of difficulty by moving your hands farther apart and/or throw the ball higher. Keep a slight edge on the whole exercise. Keep your neurology learning.

There are only three absolutes: a nice slow tossing rhythm, closed eyes, and pick up the ball when you drop it.

Closing your eyes and attempting to stand on one foot will give you a quick estimation of which system you use in conjunction with your inner ear to maintain balance.
As a general rule, we've found that when people first begin to juggle they will watch the ball in their minds after they close their eyes. Then, usually within a minute or two, they will just perceptibly rock back on their heels.
It's at that moment that they switch from their visual to propriopceptive nervous system. Jugglers report that this is when they quit watching the ball in their mind's eye. We're fairly convinced that the propriopceptive nervous system must be engaged for the Mind Juggling effect to take place. This shift can be implemented by requiring that the juggler visualize something other than the ball, something in the past or future (VIN/B). In any event, boredom usually leads to the shift sooner or later.

Your task is to learn to Mind Juggle. The exercise appears to have many of the aspects of neurological learning (like riding a bicycle) in that after an initial period of learning your neurology 'knows' how to restore hemispheric balance. And it becomes something you'll never forget. After sufficient practice (about the same period of time it took you to learn to ride a bicycle) you'll be able to remember or imagine you're juggling and the process will kick in. Twenty-five sessions of Mind Juggling and you'll have it for life, ever ready to be deployed at a moment's notice.

Hagakure, written by Yamanoto Tsunetomo in 1716, is a manual for the samurai classes consisting of a series of short anecdotes and reflections that give both insight and instruction in the philosophy and code of behavior that foster the spirit of Bushido--the Way of the Warrior. In it is an aphorism which applies to both the literal and figurative aspects of Mind Juggling.

To paraphrase: Down seven times, up eight. Don't worry how many times you might drop the ball--just pick it up and continue. You only fail if you and the ball stay down. After learning to Mind Juggle try Walking Chants as a way to integrate this into your daily life.
.
Watch The Full Walk Through Webinar on​​
Games
​
Watch The Video Promo of  Doaa K. Darwish