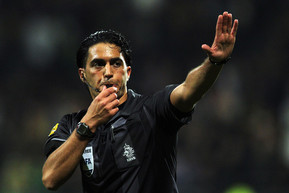 This must be a creative season for Powerchange. So much is happening and it is great to be able to follow the trail. Synchronicity? Walking by faith? God? We’ll all have our individual views on how these things happen. For me, most of our techniques come out of creative work with my clients as I coach them. Ideas arrive and get developed and …

… Well, it started this time with me casually saying to a client something I’ve said hundreds of times, “Life is a game, not a war. It can sometimes be a messy game, and sometimes noisy, and we may get the occasional injury or two. A bit like rugby.” But then we followed the theme a step further. “When it starts getting ugly, less of a game and more of a war, well, you’re the ref, blow the whistle and stop it.”

We were discussing how … we’ll call her Fay (and she is a really lovely person, by the way!) … found herself getting furious because of something her partner had innocently said. Really angry, she told me. “At which moment,” I replied, ”the game has got out of hand. Stop it. Blow the whistle. Take the offending player off the field, and when things have calmed down, continue the game if you want to, or not.”

We have all seen it happen, and probably experienced it – the moment we grossly and irrationally overreact to a comparatively normal comment or behaviour from someone. We read far more into it than was intended, often amplifying it to an extreme, and then responding to the highly exaggerated version. It is the moment to blow the whistle. The trouble is, those moments can cause real damage, particularly to sensitive people, so stop the game. Call a timeout.

And it is up to YOU to do that. OK, you are one of the players, but in this case you can be the ref as well, after all, who else will do it? Your partner will have to stop if you decide not to play. The game-turned-war will stop. Send off any negative emotion (anger, fear, hate, humiliation, disappointment.) Show it the Red Card.  That way any further injury will be avoided. And when everything has cooled down, you can begin again.
So now we have two questions: How DO I ‘blow the whistle’? and How can the two of us stop the game becoming a war?

When we are coaching at a deep level we sometimes use a ’Bailout’ word in case the intervention becomes emotionally painful in some way. The same will apply here. In a time of normality, when you are both feeling fine and the relationship is doing well, take a moment together to choose a ‘Whistle Word’, a word that rings out loud and clear above the fray, that both of you recognise as the signal to simply stop. It needs to be a neutral word that is unusual, that stands out but is free from any accusatory tone. It can even be funny. It will be used to break the State of War that has developed. “Cease Fire” will not do, because it implies that one of you has been attacking and we want NO accusation or side-taking at this point. Just to stop.

“Micky Mouse!” “Hallelujah!” “Code Red!” “Jingle Bells!” “Time!”
Together choose a word in the cold light of day you both will honour as the STOP whistle when things are dark and overheated. Any one of the above will do! And blowing the whistle isn’t saying either party is right or wrong. It simply says stop. It is up to you whether you pick up the game later – or just stop playing that game from now on. (Try Trivial Pursuit instead! Or see who can sing the best. Or go read a book for the duration.)
By the way, you may have conversations going on in your OWN HEAD that each started off as a game and these days turn into a war zone. Now is the time to stop that game too. Be kind to yourself. Stop the attack.  Just stop. Call time.
​
And how can you stop games becoming war in the first place? This blog is long enough already. Email me your suggestions, but here’s a starter:  it might be something to do with listening properly to the other person. And listening some more. And asking the next question. And being kind. And … well, you get the idea.

Watch The Full Walk Through Webinar on Questions That

​2Checkout.com Inc. (Ohio, USA) is a payment facilitator for goods and services provided by TRAINER'S BOX.