4 of The Best Ways to Boost Creativity
​ 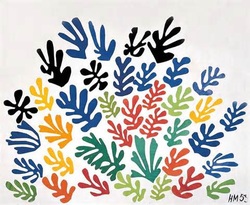 When it comes to creativity, one of our biggest concerns is usually how we can be more creative, or how to come up with better ideas. Research in this area is all over the place, but I've gathered some of the most practical studies out there to help you utilize specific techniques that can boost your creativity.

All of these studies are useful for everyday creativity in daily life, so try a few out for yourself and see which ones work best for you.

​
Restrict Yourself
The research shows that many people have is will often take the path of "least mental resistance," building on ideas they already have or trying to use every resource at hand. The thing is, the research also suggests that placing self-imposed limitations can boost creativity because it forces even creative people to work outside of their comfort zones..

One of the most famous examples is when Dr. Seuss produced Green Eggs & Ham after a bet where he was challenged by his editor to produce an entire book in under 50 different words. I'm no Dr. Seuss, but I've found (and I'm sure other writers can relate) that when I'm suddenly restricted to writing something in 500 words when I had planned to write it in 800 words, it can lead to some pretty creative workarounds.

Try limiting your work in some way and you may see the benefits of your brain coming up with creative solutions to finish a project around the parameters you've set.

Re-Conceptualize the Problem.
One thing that researchers have noticed with especially creative people is that they tend to re-conceptualize the problem more often than their less creative counterparts. That means, instead of thinking of a cut-and-dry end goal to certain situations, they sit back and examine the problem in different ways before beginning to work.

Here's a candid example—as a writer who handles content strategy for startups, my "cookie cutter" end goal is something like "write popular articles." The problem is, if I approach an article with the mindset of, "What can I write that will get a lot of tweets?", I won't come up with something very good. However, if I step back and examine the problem from another angle, such as: "What sort of articles really resonate with people and capture their interest?", I'm focusing on a far better fundamental part of the problem, and I'll achieve my other goals by coming up with something more original.

Create Psychological Distance.
While it's long been known that abstaining from a task is useful for breaking through a creative block, it also seems that creating "psychological" distance may also be useful. Subjects in this study were able to solve twice as many insight problems when asked to think about the source of the task as distant, rather than it being close in proximity.

Try to imagine your creative task as being disconnected and distant from your current position/location. According to this research, this may make the problem more accessible and can encourage higher level thinking.

Daydream… and Then Get Back to Work!
Although study after study confirms that daydreaming and napping can help with the creative thought process, there is one piece of research that everybody seems to leave out.

One study in particular shows that the less work you've done on a problem, the less daydreaming will help you. That is, daydreaming and incubation are most effective on a project you've already invested a lot of creative effort into. So before you try to use naps and daydreams as an excuse for not working, be honest with yourself and don't forget to hustle first!

Try one and see what works for you!
Watch The Full Walk Through Webinar on​
​
Games
​
​
Watch The Video Promo of  Doaa K. Darwish